Geraldton moves in the right direction 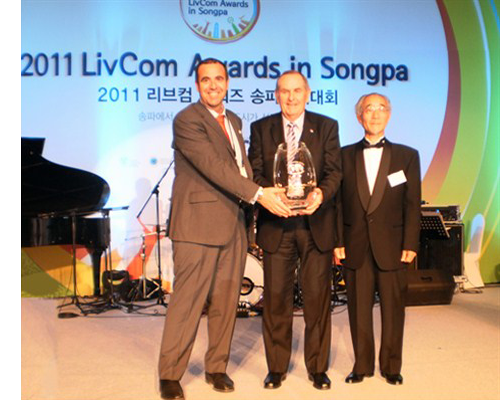 Geraldton is changing, from a regional town often overlooked by outsiders, to a place on the world stage, aiming for a more sustainable future, powered by the people.

Early this year, the City of Greater Geraldton achieved fifth placing – out of 123 projects from 36 countries – in the Reinhard Mohn 2011 Prize for “Vitalising Democracy Through Participation”, one of Europe’s most valued and highly sought after awards.

And now, at the International Awards for Liveable Communities (LivCom ), recently announced in Seoul, South Korea, the City of Greater Geraldton has been announced the world winner for Community Participation and Empowerment. It also picked up a Silver Award for overall liveability for a city of 20,000 to 75,000 people.

The award is in recognition of the City’s ‘2029 and Beyond’ long-term initiative to improve sustainability in the Greater Geraldton City Region of Western Australia by implementing a form of participative governance called ‘deliberative democracy’ as a way of life. This involves the community – ordinary citizens, all levels of government, industry and the non-government sector – learning and pioneering new ways of cooperative problem solving and collaborative decision-making.

2029 is led by the City of Greater Geraldton and includes a three-year action
research project with Curtin University of Western Australia to find, document and evaluate innovative ways to reach for sustainability through deliberative democracy.

City of Greater Geraldton CEO, Tony Brun, said getting to this point and moving Geraldton forward to become a truly sustainable place with the community’s participation, would not have been possible without help from Curtin University’s Sustainability Policy Institute (CUSP).

“CUSP and particularly Professor Janette Hartz-Karp, working in partnership with the City and its people, have been crucial to the success of 2029 and Beyond,” he said.

“The City has also received funding from the Australian Research Council and this is a prime example of how Federal funding can stimulate innovation; backing a project to empower the community to plan a sustainable framework for the future of its region.

“Through a range of community participation initiatives over several years, the community has supported taking strong action now to achieve greater sustainability, including investing in the City-Region becoming carbon neutral.

“Decision-makers had not realised the extent of this community support, which has given the City-Region the confidence to make more forward-looking plans and elicit more support to achieve them,” said Mr Brun.

“The LivCom Awards look at best practice, innovation and leadership in providing a vibrant, environmentally sustainable community and recognise global best practices for management of the local environment, so winning the award is proof we are on the right track.”